So, yet again, it’s Cheery Ch(T)une Ch(T)uesday. This week’s selection may be considered somewhat bleak to be called “cheery”. It’s Sia’s huge pop hit from 2014, Chandelier, a song exploring the dark side of drinking to cope.

Sia is an interesting artist with an interesting story. She’s from Adelaide in South Australia, and she has a serious talent for crafting pop gold. As Chandelier demonstrates beyond a doubt, she is a major singing talent with a big and individual voice, and yet it’s arguable that her biggest claim to fame is as a writer of hit songs for other artists, mainly women. The catalogue of pop divas for whom she has crafted hits includes Beyonce, Rihanna, Katy Perry and Britney Spears (go looking for the tracks, you’ll recognise Sia’s input!).

​Yet, on Chandelier, she is singing for herself, a tortured and deeply sad lyric written from personal experience. Sia is open about her past as a drinker and abuser of prescription medication (essentially ‘benzos’ e.g. Xanax). Listen to the lyrics and hear the sadness of the compulsion to drink that is drawing the central figure of the song into a descending spiral of self-destructive behaviour. Sia went to rehab and is sober. She says that she has been a much happier person since her recovery from addiction.

“But I'm holding on for dear life, won't look down won't open my eyes Keep my glass full until morning light, 'cause I'm just holding on for tonight”

The singer realizes that this “party-girl” drinking is a cover, that rock-bottom is not far away, but the compulsion to continue wins out.

Sia does not appear in the clip. She has famously made a decision to become faceless to the public. She says that this is because she does not want to be famous, does not want to be recognised. She revels in the fact that she can go shopping at Target, and no-one stops to look at her. She has seen the effects of fame on the more famous performers of her songs, and she does not like it.

She also says that she does not want to be picked apart by the media over the way that she looks. So, she has branded herself with a featureless face and straight blond bob, which the talented young girl who dances the clip also wears.

So, Reasons to be Cheered by Chandelier?

Though the subject matter of the song is dark, there are potentially many reasons to be cheered by this moving track. Here are just five:

So, be rewarded by the multi-layered experience of Chandelier:

In writing this blog, I came across this parody of the clip created by a young Brisbane woman, Birdy Peacock. It gave me a giggle. I think it’s worth a look. I love the bravery of her performance. I actually disagree with the larglely negative reactions found in the comments on YouTube.

Something tells me that Sia would not disapprove. Do you agree? Let me know what you think below.

If you are struggling with self-destructive behaviours around alcohol or other drugs, then I can help. Addiction is one of the areas in which I work. Fill in the form at my CONTACT PAGE, and I will be in touch. 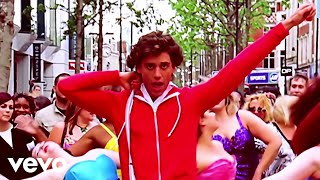